Watch A Life for a Life online 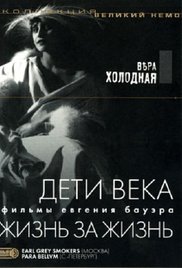 Where to watch A Life for a Life
Wealthy Mrs. Khromova has a natural daughter, Musya, and an adopted daughter, Nata. The merchant Zhurov is in love with Nata, and hopes to marry her, but she is non-committal. When Zhurov introduces his friend Prince Bartinsky to the family, both young women soon fall in love with the dashing but irresponsible prince. The prince is in love with Nata, but because of his enormous debts, he decides to marry Musya to get her dowry, and he allows Nata to marry Zhurov. All the while, Mrs. Khromova remains very uneasy, fearing that marriage is unlikely to cause the self-indulgent prince to change his ways. Written bySnow Leopard

A Life for a Life trailer