Watch The War of the Worlds: Next Century online 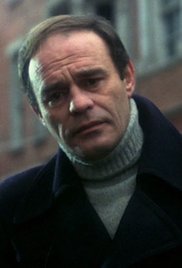 Where to watch The War of the Worlds: Next Century
Film opens on December 18, 1999, just a few days before the dawn of the new century. A local reporter, Iron Idem, announces that the Martians have landed. Shortly after that his program loses its independence: he is given the script telling the crowds how to welcome the invaders. Then the chaos breaks out: the Martians and police mistreat the populace; things become violent. Idem's own wife is kidnapped and it seems somebody is trying to reduce his effectiveness as a reporter. Idem decides to fight back: he illegally broadcasts a message during the rock concert, but nobody believes him anymore. Written byPolish Cinema Database <http://info.fuw.edu.pl/Filmy/>

The War of the Worlds: Next Century trailer