Watch The Girl with the Red Hair online 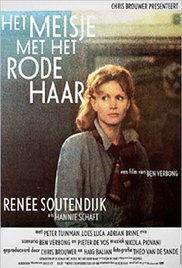 Where to watch The Girl with the Red Hair
Johanna 'Hannie' Schaft tells, in flash-backs, how she decides during the Nazi occupation of the Netherlands, to interrupt law studies to 'do something for real'. She joins the Dutch resistance, which uses her in missions to 'eliminate' collaborators. Even her parents may not know. Tough colleague Hugo initially looks down upon her girlish hesitations, but they fall in love. A failed attempt to shoot SD-informant de Ruyter puts the Germans on their trace. Written byKGF Vissers

" The period is recreated in great detail, with only Loes Luca's different hairstyles seeming to be a little out of place at times"

The Girl with the Red Hair trailer