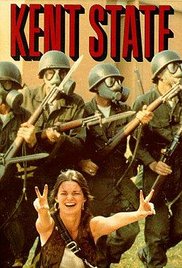 Where to watch Kent State
Based on the true story of the student protests at Kent State University in Ohio. This film focuses on the four students who were killed when the National Guard attempted to quell the riots that began on May 4, 1970, after President Nixon announced that American troops would begin bombing the heretofore neutral country of Cambodia. Written byKeath

"The movie did a great job of establishing the characters and the time, though kind of tipped its hand as to the fates of these main characters"