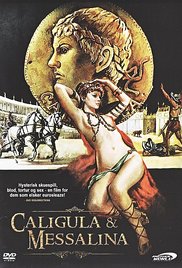 Where to watch Caligula and Messalina
The seductive Messalina (Betty Roland) will stop at nothing to become the most powerful woman in Rome. Gaining the attention of the Emperor Caligula (Gino Turini), she soon finds herself at loggerheads with Agrippina (Francoise Blanchard) who has successfully plotted Caligula's downfall and is maneuvering her son Nero to become next Emperor of Rome. However Messalina is one step ahead and jumps into bed with Claudius (Vladimir Brajovic). But when Messalina becomes pregnant and it's clear that Claudius isn't the father, Agrippina seizes this as her opportunity to finally see Messalina treated as a mere slut of Rome. Written bylament

" However it forms an important part of the story, and in my opinion it is treated with enough restraint to be more acceptable than many of the violent scenes incorporated (with less reason) in certain films intended exclusively for children today"