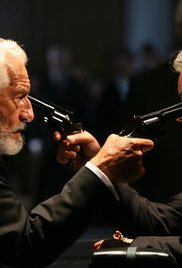 Where to watch The Survivor
Keller is an experienced pilot whose plane crashes in a field near a town. He ends up being the sole survivor, but he's unable to remember what happened that caused the plane to crash. He also can't explain how come he's the only one who survived without even a scratch while everyone else on board died. A local female psychic, Hobbs, who's been having visions ever since the night of the crash, and Keller's own sense of survivor's guilt convince Keller that he needs to get to the bottom of things. Meanwhile, some of the children killed in the crash begin appearing to some of the locals and an eerie series of strange deaths occurs. Keller and Hobbs approach the local priest, who seem to be the only one in town who believes in Keller's innocence and Hobbs disturbing visions.

" All the James Herbert novels I've read are very graphic and go into a great detail about sex and death, although I wouldn't say they make good bedtime reading"