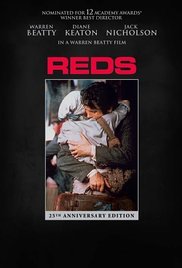 Where to watch Reds
American journalist John Reed journeys to Russia to document the Bolshevik Revolution and returns a revolutionary. His fervor for left-wing politics leads him to Louise Bryant, then married, who will become a feminist icon and activist. Politics at home become more complicated as the rift grows between reality and Reed's ideals. Bryant takes up with a cynical playwright, and Reed returns to Russia, where his health declines. Written byJwelch5742