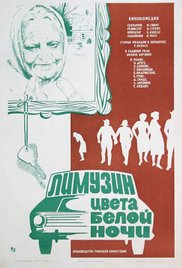 Where to watch Limuzins Janu nakts krasa
Another iconic Latvian film, known to be one of the best movies of director Janis Streics. When old auntie Mirta succeeds in a lottery and wins a car, which she cannot use herself, different family members are suddenly there to 'be helpful' in favor to get the car after aunties' death, not to mention, they never have come before to help her. The funny rivalry between two parts of family, a foolish jealousy to the near living peasants' family, which had always non-selfishly been there for auntie, is a caricature of greasy human nature. This is a slight humor of the Soviet life details as well. But aunt Mirta isn't fool, and is still young in her heart until her last minute, that appears in her last will - to whom the car, the limousine in the color of St. John's night goes. Written byKristine Gi