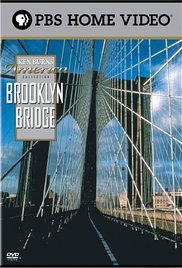 Where to watch Brooklyn Bridge
This documentary chronicles the world-famous Brooklyn Bridge in New York City. The difficult construction process is described in interesting detail; later parts of the film interview current notables who describe the effects that the Brooklyn Bridge has had upon New York society and beyond. Written byRush Wickes <rushwickes@usa.net>

" Some of the most fascinating stuff comes from the creation of the caissons, how they were constructed and what their final purpose was going to be"