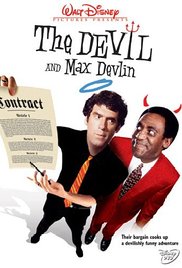 Where to watch The Devil and Max Devlin
When Max dies in an accident, he goes straight to hell. But the devil Barney makes him an offer: if he manages to get three innocent youths to sell him their souls in the next two months, he may stay on earth. Max accepts, and returns to earth, equipped with special powers. However his task is harder than expected, especially when 7 years old Tobi demands that he marry his mother. Written byTom Zoerner <Tom.Zoerner@informatik.uni-erlangen.de>

The Devil and Max Devlin trailer