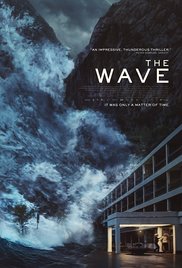 Where to watch The Wave
To explain to his students the atmosphere in the 1930's Nazi-Germany, history teacher Burt Ross initiates a daring experiment. He declares himself leader of a new movement, called 'The Wave'. Inspired, he proclaims ideas about Power, Discipline and Superiority. His students are strikingly willing to follow him. Soon the entire school is under the spell of 'The Wave'. Anyone who refuses to be a part of the Movement, faces threats or worse. Ross himself gets carried away by his own experiment. Or has it turned into something more than an experiment? A climax is unavoidable, resulting in a hard lesson for both Ross and his students... Written byDiederik B.A. Rep