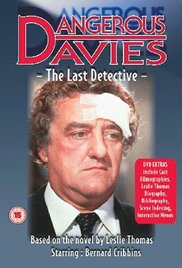 Where to watch Dangerous Davies: The Last Detective
Det. Const. "Dangerous" Davies is not known for his finesse, but often finds himself on the receiving end of violence in various forms. Only thrown into cases where others fear to tread, or to shake up the natives with his bumbling, he is given a mission to find and flush out a local criminal recently returned from abroad, possibly for "a big job". In his research he inadvertently stumbles upon a 15 year-old case, long considered cold, of the disappearance a young girl. His compassion for the missing girl and her parents draws him into an obsession with solving the case, which ultimately results in unexpected repercussions. Written byRaj Rijhwani

" The film may look a little dated now but rather than spoiling it, this simply makes the whole thing more nostalgic"