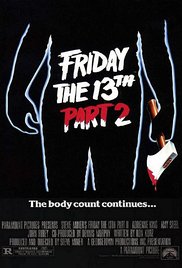 Where to watch Friday the 13th Part 2
After killing Mrs. Voorhees, who was avenging her son Jason's death, Alice Hardy can finally sigh with relief. But there is just one problem. Jason never drowned at Camp Crystal Lake and lived in the nearby woods as a hermit all this time. The day that Alice beheaded his mother, Jason saw everything and his heart filled with thirst for revenge. Two months later, Alice gets stabbed by an ice pick in the temple and disappears. Is Jason behind this? Five years later, a camp next do to Camp Crystal Lake is built and the counselors start snooping around the old, abandoned camp ruins. This makes Jason very upset, since his shack is next to the remains of Camp Crystal Lake and what is inside the shack shall be kept secret forever, even if it means killing nine people! Written byE. Mlodik