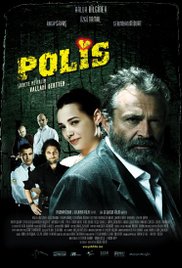 Where to watch Police
Charles Chaplin, a convict, is given $5.00 and released from prison after having served his term. He meets a man of the church who makes him weep for his sins and while he is weeping takes the $5.00 away from him. Chaplin goes to a fruit stand and samples the fruit. When he goes to pay for it he finds his $5.00 is missing. This results in a battle with the fruit dealer, but Chaplin finally escapes. He is held up by a footpad and finds it is his former cellmate. He is inveigled into joining him in robbing a house. They put a police officer out of commission with a mallet and stack up the silverware. They then start upstairs to search the upper rooms, but are met by a young woman who implores them to leave because her mother is ill and fears the shock will kill her. Chaplin's heart is touched but the footpad insists on ransacking the house. This results in a battle between the footpad and Chaplin. While they are fighting, a squad of police arrives. The footpad makes his escape, but the ... Written byMoving Picture World synopsis

" Chaplin experienced dire poverty as a child, so the milieu isn't the product of idle speculation on his part: he knew all too well what hard-scrabble life was like"