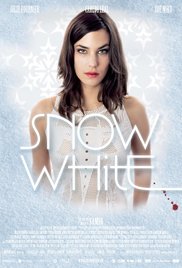 Where to watch Snow White
Snow White is a motherless princess, who arouses the jealousy and hatred of Mary Jane, her mother's former lady-in-waiting, who is the ugliest woman in the kingdom, but aspires to the throne. She gives her heart to the witch, Hex, in return for which she becomes beautiful and wins the love of the king. While hunting, the king falls from his horse and is killed, leaving Mary Jane, who has been rechristened Brangomar, upon the throne. Brangomar forces Snow White to work in the kitchen and takes her lovely clothes away from her. When Snow White accidentally meets a young hunter she becomes interested in him and he is fascinated, though neither has any idea who the other is. So they are dumbfounded when he comes to Snow White's castle and presents a letter to the queen, asking for the hand of Snow White, for he is the Prince Florimund, who has been sent to ask for the hard of the little princess, whom he has never seen. Brangomar, who believed that the prince was coming to sue for her ... Written byMoving Picture World synopsis