What is Public Eye about? 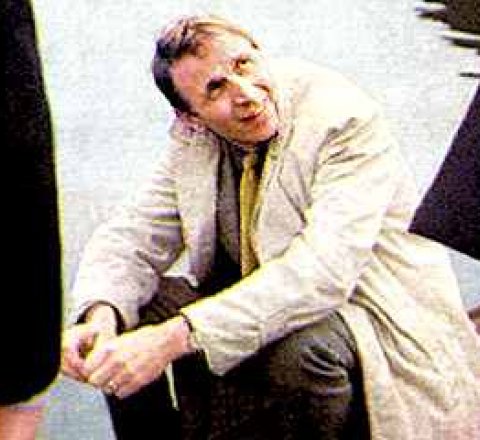 Public Eye was a series like no other. It focused on a private detective, Frank Marker. His world was one which we would all recognise. It was not one of glamour but of gloom and grime. If he was investigating crime it was much more likely to be seedy and petty - fraud, deception, handling stolen goods, blackmail. A lot of the time he was dealing with tales of simple human misery - divorce cases, missing persons, lack of trust. By the end of the final season in 1975, Public Eye had successfully delivered to the viewers a diverse range of quality stories which, whilst covering a wide range of subjects, still succeeded in presenting possibly the most 'realistic' depiction of the shadowy, seedy, morally ambiguous world which Frank Marker inhabited. With a tremendously convincing and sustained central performance from Alfred Burke, Public Eye was a series of genuine dramatic depth.

Episode : All for a Couple of Ponies
Episode : They Go off in the End  Like Fruit
Episode : Dig You Later
Episode : I Went to Borrow a Pencil and Look What I Found
Episode : But the Joneses Never Get Letters
Episode : A Harsh World for Zealots
Episode : "And a Very Fine Fiddle Has He"
Episode : My Life, That's a Marriage
Episode : You Think It'll Be Marvellous - but It's Always a Rabbit
Episode : Protection Is a Man's Best Friend
Episode : You Should Hear Me Eat Soup
Episode : You Have to Draw the Line Somewhere
Episode : Have It on the House
Episode 2: Nobody Kills Santa Claus
Episode 12: The Morning Wasn't So Hot

Episode : All the Black Dresses She Wants
Episode : I Could Set It to Music
Episode : It's a Terrible Way to Be
Episode : You Can Keep the Medal
Episode : You're Not Cinderella, Are You?
Episode : It Had to Be a Mouse
Episode : Tell Me about the Crab
Episode : No, No, Nothing like That
Episode : There Are More Things in Heaven and Earth
Episode : Twenty Pound of Heart and Muscle
Episode : What's the Matter? Can't You Take a Sick Joke?
Episode 2: Don't Forget You're Mine
Episode 7: Works With Chess, Not With Life

Episode 1: Welcome To Brighton?
Episode 2: Divide and Conquer
Episode 3: Paid In Full
Episode 4: My Life's My Own
Episode 5: Case for the Defence
Episode 6: The Comedian's Graveyard
Episode 7: A Fixed Address

Episode : The Fall Guy
Episode 1: Nobody Wants To Know
Episode 2: How About A Cup Of Tea?
Episode 3: How About It, Frank?
Episode 4: They All Sound Simple At First
Episode 5: Fall Guy
Episode 6: What's To Become Of Us?
Episode 7: Hard Times
Episode 8: No Orchids For Marker
Episode 9: The Fatted Calf
Episode 10: Lifer
Episode 11: Take No For An Answer
Episode 12: Fit of Conscience
Episode 13: Unlucky for Some
click here to see where to watch