Watch As Told By Ginger online

What is As Told By Ginger about? 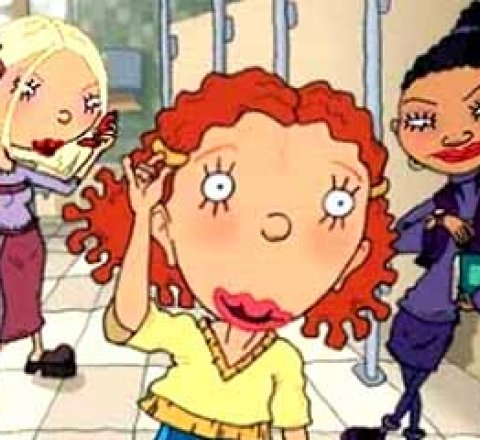 The show focuses mainly on the life of junior high school student Ginger Foutley. She, along with her friends, Darren Patterson, Dodie Bishop and Macie Lightfoot, all try to rise from the position of school geeks as they solve many conflicts that come their way. Luckily for Ginger, the most popular girl in school, Courtney Gripling, has taken a liking to her and often includes her in her social plans. She is intrigued by her 'gingerisms', as Courtney calls them. However, Miranda Killgallen, Courtney's right hand woman, makes sure that she is not bumped down from her position thanks to Ginger. At home, Ginger records her lively adventures in her diary. Her little brother Carl, is often scheming with Robert-Joseph ("Hoodsey") Bishop in his own side plots, and her mother, Lois, is always there for advice Ginger is always open to listen to. The series takes place in the fictional town of Sheltered Shrubs, located in Connecticut. It is very rare for a children's program, especially an animated one, to be set in a specific area of the country. Sheltered Shrubs is actually based on the real town of Larchmont, New York. Other towns noted in the series are Protected Pines, a gated community in which Courtney lives, Brittle Branches, where Ginger's father resides, and Heathered Hills, the town of Ginger's summer camp crush, Sasha.

Extras
Episode 1: The Party (Pilot)
Episode 2: The Summer of Camp Caprice
Episode 3: Far From Home (aka Foutley's On Ice)
Episode 4: No Turning Back (aka Butterflies Are Free)
Episode 5: The Wedding Frame

Season 1 of As Told By Ginger

Season 2 of As Told By Ginger

Season 3 of As Told By Ginger