What is Wild Card about? 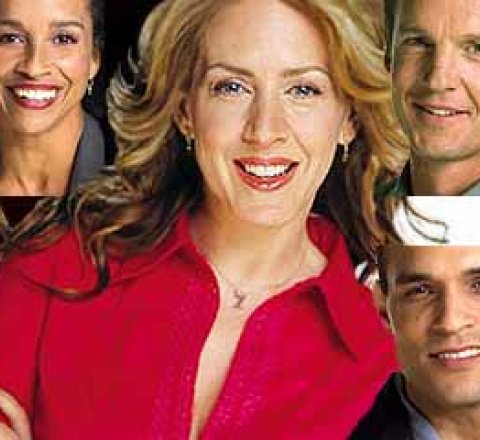 Joely Fisher stars in this one hour comedy/drama as Zoey Busiek, a blackjack dealer whose life takes an unexpected turn when she has to take care of her sister's children, teenaged Taylor (Vikki Krinsky), pre-teen Cliff (Jamie Johnston), & pre-teen Hannah (Aislinn Paul), after their mother dies in a car accident. But when the insurance company denies them the family financial settlement, Zoe takes matters into her own hands, which leads her to a new career as a insurance fraud investigator with handsome former criminal Dan Lennox (Chris Potter) and serious but sweet Sophia Mason (Rae Dawn Chong) becoming her partners (and Sophia later becomes their boss). In season two, Rae Dawn Chong (Sophia) leaves the show (along with Bronson Picket (Marcos)) and is replaced by Loretta Devine (M. Pearl McGuire: Zoe and Dan's sassy new boss). The season one theme song is sung by Amy Sky and the season two theme song is "I Believe in Me" sung by Cherie. The show was officially cancelled in February 20