What is Anthony Ant about? 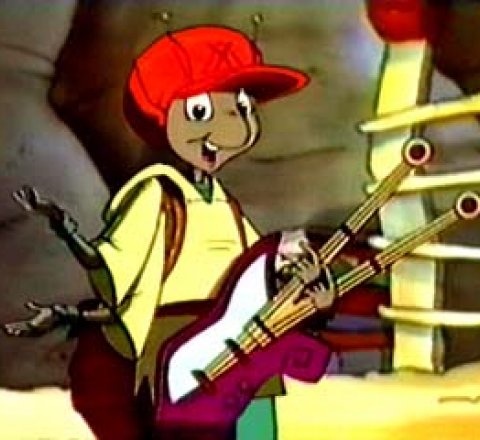 Four arms, two legs and a thirst for adventure. Welcome to the world of Anthony Ant, the coolest insect on television. Join him and his gang of friends as they grow up in the underground city of Antville the bustling fast-paced metropolis they share with hundreds of thousands of other ants. Anthony and his friends Kevin "Mr. Cook" Ant, Alexi Ant, Ruby Red Ant, Terry Termite and Billy Bedbug live their busy lives, getting in scrapes, up to mischief and occasionally into danger. They are a streetwise, hip gang of insects who get into exciting adventures, both under and above ground.

Episode 1: Magic Marble / A Knight to Remember
Episode 2: Rustlemania / Anything You Can Do
Episode 3: Kid for a Day / Dances With Termites
Episode 4: The Ant Who Would Be King / It's My Party
Episode 5: The Circus / The Big Flood
Episode 6: Lost & Found / Jurassic Greenhouse
Episode 7: The Picnic / Race Against Time
Episode 8: 100 Easy Pieces / Raiders of the Lost World
Episode 9: The Sceptre of Antebellum; Weevil Fever
Episode 10: The Great Race
Episode 11: Air Ant / Antastic Voyage
Episode 12: Walk Like an Egyptian / Antastic Adventure
Episode 13: The Treasure Is Mine / Quest for Sugar
click here to see where to watch