What is Princesses about? 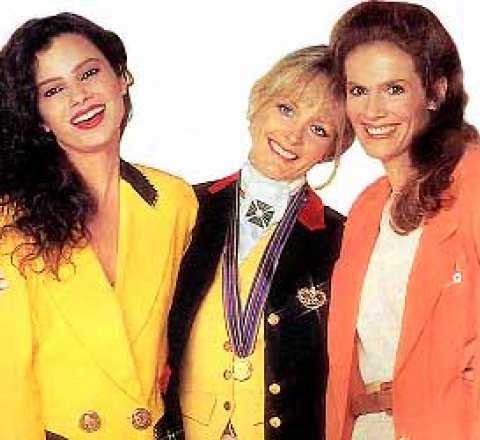 Welcome to the Princesses guide at TV Tome. "Someday my prince will come Someday I'll find my love And how thrilling that moment will be When the prince of my dreams comes to me He'll whisper 'I love you' And steal a kiss or two Though he's far away I'll find my love someday Someday when my dreams come true Someday when my dreams come true" "Three young, single women became roommates in a most unusual way. Tracy was a shy, trusting English teacher who left her fiancé when she found out he had been married twice before and that one of his ex-wives was his sexy business partner. What she salvaged, however, was a fabulous Manhattan penthouse apartment overlooking Central Park. Tony, the owner of the apartment, a globetrotting friend of her almost husband, had given it to them for a year, rent free, as a wedding present. Apparently he was a little forgetful, having also loaned to the apartment to Georgy, a recently widowed English princess (and former s