What is Border Cafe about? 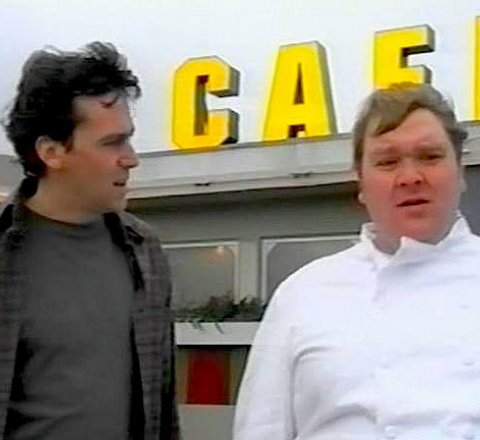 Comedy drama which follows the fortunes of Charlotte Smith, formerly the lead singer of successful rock band True North, and her boyfriend David Doyle as they try to set up and run their own cafe on the outskirts of their home town in the Welsh borders. David's elder brother, Kidder, is the chef; their waitress is Ronnie, who arrives at the cafe outraged that Charlotte's decision to quit her career has put her out of her job as 'Charlotte' in a True North tribute band. The cafe becomes a meeting place for some of the locals including Beejay and the Madd sisters, Naomi and Beth, and a centre of gossip and intrigue.