What is Riptide about? 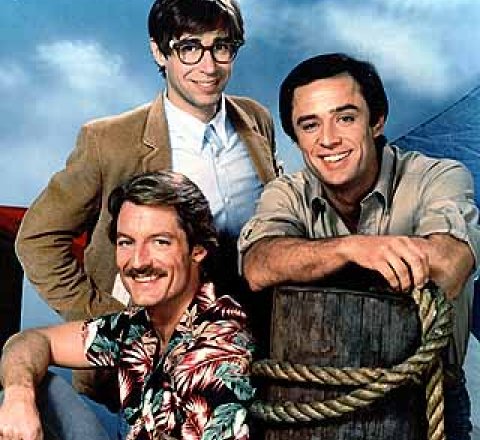 Welcome to the Riptide guide at TV Tome. Cody Allen (Perry King) and Nick Ryder (Joe Penny), were two long-time friends who had served together in Vietnam, whose Private Investigation business was based on Cody's boat, The Riptide, in King Harbour, Los Angeles. In the Pilot adventure, faced with their first big case, they decided to recruit another old pal from 'Nam, the bespectacled, rather nerdish but much likeable electronics genius Murray "Boz" Bozinsky (Thom Bray). Along with his hoard of computer equipment, Murray had developed a strange-looking orange robot called "The Roboz", which had numerous unpredictable bugs but occasionally proved useful. Vehicle-wise, beyond the Riptide itself, the trio had an array of transport, including Nick's ancient, pink Sikorsky S-58T helicopter "The Screaming Mimi", which had a huge gaping mouth painted on the front, and had habit of cutting out at just the wrong moment; The Ebb-Tide - Cody's speed boat; Nick's classic Corvette; and