What is Fantasy Island about? 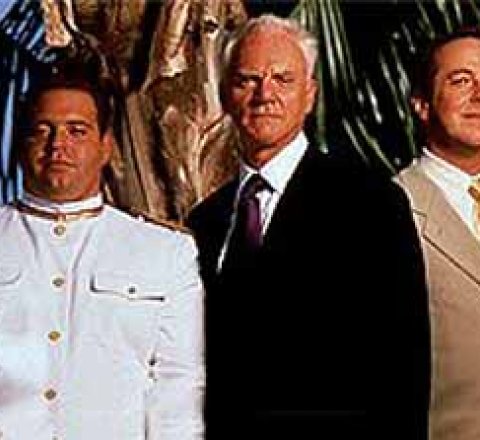 Smiles everyone, Smiles! So began this long-running (7 season) series which was one of the ABC Network's anthology/guest-cast series (along with The Love Boat) that proved wildly popular. Each week two guests came to "Fantasy Island" to get their wish/fantasy fulfilled. Their mysterious host, the debonair and suave white-suited Mr. Roarke, would do the sometimes impossible and grant them their wishes...but there was always some twist to the fantasy, letting the guest learn something about themselves or get something they weren't expecting. Best remembered for the presence of Herve Villechaize as the diminuitive "Tattoo" and his cry of "De plane! De plane!" the show proved popular enough to go the distance and then spawn a brief revival/remake in the 1990s. A remake, Fantasy Island (1998)in the late 1990's was not as successful as its predecessor.