What is Fernwood 2Night about? 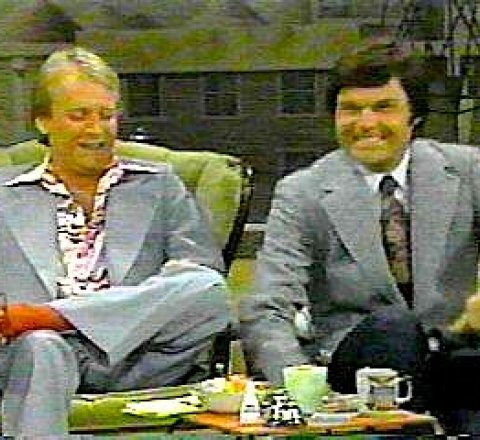 By the end of 1976, producer extraordinaire Norman Lear had a crisis on his hands. His cult-favorite sitcom Mary Hartman, Mary Hartman imploded when its star, Louise Lasser, went through emotional trauma that forced her to resign. But Hartman's hometown of Fernwood, Ohio (ZIP Code 45989) would not shrivel up. Toward the end of the next summer, a new set of characters emerged with a "talk show" called Fernwood 2Night, airing (originally) live from Channel 6 in Fernwood. The host of Fernwood 2Night was Barth Gimble, who had left a very successful talk show in Miami under circumstances similar to Louise Lasser's real-life breakdown. Barth returned to his home of Fernwood to start this new talk show on Channel 6. Immediately, he used it as a platform to deny the charges made against him in the Fernwood Courier ("There has never been a conviction"). But on the bright side, Barth did get in banter with interesting guests, his second banana Jerry Hubbard, and musical director Happy.