What is Being Eve about? 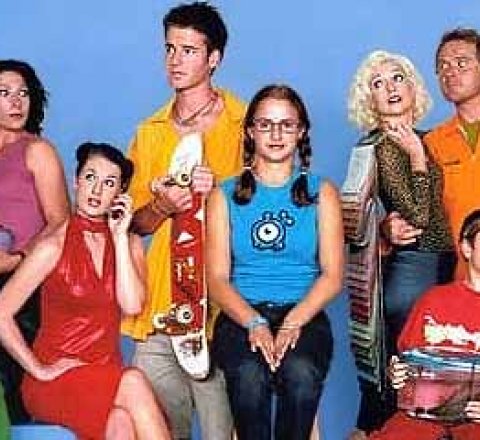 Being Eve is a New Zealand, teen comedy series which focuses on the life of 15-year-old philosopher, Eve Baxter as she tries to understand what life is all about for teenagers in the 21st century. Eve observes and philosophizes. Eve tries not to get involved in other people's situations, but her burning curiosity means that sometimes she just can't help it - usually with amusing consequences.

Season 1 of Being Eve

Episode 1: Being in Love
Episode 2: Being Popular
Episode 3: Being Beautiful
Episode 4: Being Bad
Episode 5: Being Kissed
Episode 6: Being Betrayed
Episode 7: Being Scared
Episode 8: Being Just Mates
Episode 9: Being Different
Episode 10: Being a Couple
Episode 11: Being Dead
Episode 12: Being Pregnant (1)
Episode 13: Being Married (2)

Season 2 of Being Eve

Episode 1: Being Heartbroken
Episode 2: Being History
Episode 3: Being Famous
Episode 4: Being Alien
Episode 5: Being Individual
Episode 6: Being Grown Up
Episode 7: Being a Winner
Episode 8: Being Reborn
Episode 9: Being Upstaged
Episode 10: Being Obsessed
Episode 11: Being At War
Episode 12: Being Tested
Episode 13: Being True
click here to see where to watch