What is Family Matters about? 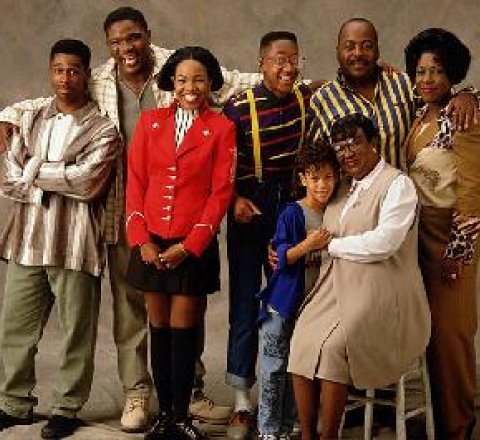 Family Matters is an American sitcom about a middle-class African American family living in Chicago. The series was spun off from Perfect Strangers and revolves around the Winslow family. Midway through the first season, the show introduced the Winslows' nerdy neighbor Steve Urkel (played by Jaleel White), who quickly became its breakout character and eventually a main character.

Episode 1: Out With the Old
Episode 2: They Shoot Ducks, Don't They?
Episode 3: Dumb Belle of the Ball
Episode 4: Drinking and Jiving
Episode 5: Who's Afraid of the Big Black Book?
Episode 6: A Mind Is a Terrible Thing to Read
Episode 7: Stevil II: This Time He's Not Alone
Episode 8: Trading Places
Episode 9: A Pain in Harassment
Episode 10: Original Gangsta Dawg
Episode 11: Deck the Malls
Episode 12: Grill of My Dreams
Episode 13: Breaking Up Is Hard to Do
Episode 14: Crazy for You (1)
Episode 15: Crazier for You (2)
Episode 16: Whose Man Is It Anyway?
Episode 17: Polkapalooza
Episode 18: Throw Urkel From the Train
Episode 19: Don't Make Me Over
Episode 20: Pop Goes the Question
Episode 21: Lost in Space (1)
Episode 22: Lost in Space (2)
click here to see where to watch