What is Sherman Oaks about? 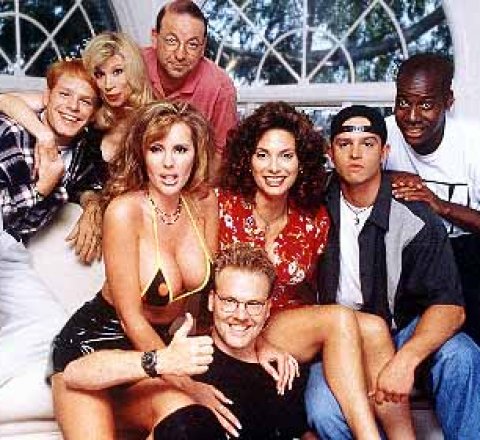 Welcome to the Sherman Oaks guide at TV Tome. A comedy about a wealthy plastic surgeon living with his family in Sherman Oaks, California. Dr. Baker, the plastic surgeon and his family are the subject of a documentary being made by a young filmmaker who has moved in with them and tapes their every move. The doctor's wife Beverly, a svelte yoga loving, new ager; his daughter Tiffany, the well built, overly-endowed sexual dynamo; his son Tyler, who's having an identity crisis, and who thinks he's black, even though he's not; and his other son Kenny, who is an NRA card carrying Republican. The show follows their superficial lives as the documentary filmmaker tapes all of it with hilarious results. Nick Toth as Sanford Baker <br> Phyllis Katz as Beverly Baker<br> Heather-Elizabeth Parkhurst as Tiffany Baker<br> Jason Behr as Tyler Baker<br> Peter Billingsly as Billy Baker<br> Karen Kim as Min, the Baker's maid<br> Tyler Bearde as E.W. Ziffren, filmmaker<br> Jerem