What is Martin about? 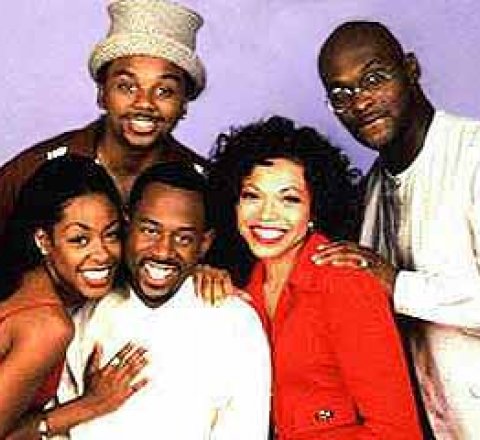 Martin is a sassy sitcom centering on a radio-and-television personality named Martin Payne. The series focuses on Martin's romantic relationship with girlfriend Gina Waters, his job changes from a radio personality to a television personality, and the variety of friends Martin hangs out with along the way: the loud-mouthed and sassy Pam James and his best friends Tommy Strong and Cole Brown. Star, Martin Lawrence, also portrays of host of wild characters on the show. His neighbor Sheneneh; his mother Mama Payne; Otis the security guard; Jerome the gold-toothed player; Roscoe the snot-nosed kid who's always looking for a leg up; Bob, the white guy, King-Beef, Elroy, and many more. Martin is the center of attention, as each episode takes you from one hilarious circumstance to another. Hijinks, laughter, quick-witted banter, and lotsa love, make this series one to last forever. Upcoming airdates (ET) May 04 01:00am "Back in Trouble Again" May 05 01:00am

Episode 1: Is You Is or Is You Ain't
Episode 2: Back in Trouble Again
Episode 3: Sophomore Jinx
Episode 4: Working Girls
Episode 5: Boo's in the House
Episode 6: Banging Hard in the School Yard
Episode 7: The Life You Save...Might Make You Rich
Episode 8: Snow White
Episode 9: Come on over to My Place
Episode 10: Scrooge
Episode 11: Waiting, Debating and Ovulating
Episode 12: You Play Too Much
Episode 13: Ain't That About a Ditch
Episode 14: Goin' Overboard (1)
Episode 15: Goin' Overboard (2)
Episode 16: Power to the People's Court
Episode 17: I, Martin, Take Thee Pam?
Episode 18: Auction
Episode 19: Daddy Dearest
Episode 20: Stake-Out
Episode 21: Goin' for Mine
Episode 22: One Flew over the Hoochie's Nest
Episode 23: California, Here We Come (1)
Episode 24: California, Here We Come (2)
click here to see where to watch