What is Zatch Bell! about? 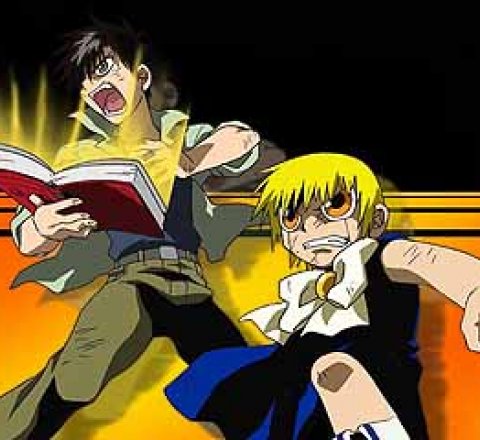 Every one thousand years, one hundred mamodos descend upon earth to conduct the ultimate battle. The winning mamodo becomes the mighty king of the mamodo world. There is only one problem - in order for the mamodo to use their powerful spell books, they need a human partner. If his spell book is destroyed, the mamodo disintegrates and returns to the mamodo world. Kiyo is a brilliant but aloof 14-year-old boy in junior high school. While exploring a rainforest in England, Kiyo's archaeologist father discovers Zatch, an unconscious mamodo child. He sends the goodhearted and mysterious Zatch to be his son's mentor. Zatch has amnesia; he does not have any idea that he is indeed a powerful mamodo! It is up to Kiyo and Zatch to discover this together. The unsuspecting Zatch and Kiyo must defend themselves against the relentless ambush of mamodo-king wannabees. And unbeknownst to the attackers, Zatch and Kiyo have formed a special bond which enables them to unleash Zatch's incredible powers

Episode : The Invulnerable Robnos
click here to see where to watch