What is LAX about? 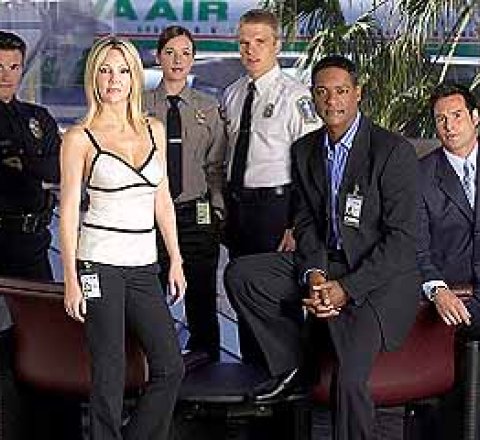 Television favorite Heather Locklear ("Spin City") returns to primetime -- full-time -- in this off-beat dramatic series centered in a world unto itself: a major international airport. Security breaches, tearful reunions, illegal immigrants, missing children, runaway animals, drug busts, drunken pilots -- there are countless stories to tell in "LAX." Whether it's the ongoing power struggle between the Airfield Chief (Locklear) and the Terminal Manager (Blair Underwood, "L.A. Law"), the romantic misadventures of the Airline Supervisor Tony (Paul Leyden, "As the World Turns") or the trial-by-fire of a young, naive Immigration Office clerk Nick (David Paetkau, "Final Destination 2"), viewers will be pulled into this unique world. Then there are the passengers, loading, unloading and passing through each episode. Each week will feature their compelling dramas -- from chance encounters between strangers to surprise reunions of long-lost lovers to - "the sky's the limit." Wendy Hoopes ("Dari