What is Yakkity Yak about? 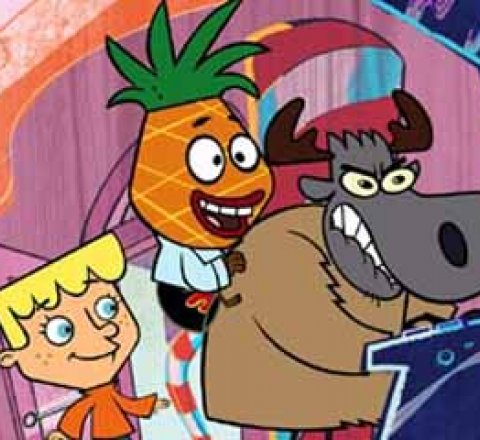 Everyone seeks attention. Some kids strive for the honor roll. Some kids score touchdowns. Other kids wear black and get tattoos. And there's always one kid who wants to be the class clown... Meet Yakkity Yak. Yakkity's a teenager who aspires to be a standup comedian and is so serious about his career that he's already gotten himself an agent, Mr. Trilobyte, a small but gruff insect. Someday he hopes to hit it big but until then he's happy being the football team's mascot at the school that he attends with his best friends Keo, Yakkity's neighbor whose pineapple head was the result of relationship between a talking pineapple and an actress, and Lemony, a young girl who is usually the voice of reason within the group. Yakkity lives in the small town of Onion Falls where he's raised by Granny Yak, his loving grandmother, who is making ends meet by renting out a room to Professor Crazyhair, a wacky scientist with hair that's constantly changing colors, and his assistant/daughter