What is Twitch City about? 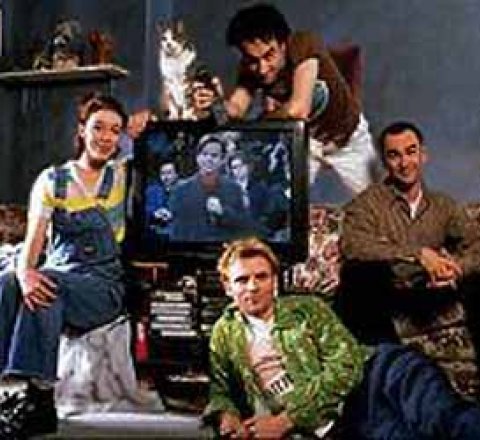 Twitch City was a Canadian sitcom produced by CBC Television. The series aired as two short runs in 1998 and 2000. Set in the Toronto, Ontario neighbourhood of Kensington Market, the series is about Curtis (Don McKellar), a television addict who refuses to leave his apartment, and his friends Nathan (Daniel MacIvor), Hope (Molly Parker), and Newbie (Callum Keith Rennie).

Episode 1: I Slept with My Mother
Episode 2: My Pet, My Hero
Episode 3: I Look Like Joyce DeWitt
Episode 4: People Who Fight Too Much
Episode 5: I'm Fat and I'm Proud
Episode 6: Killed by Cat Food

Episode 1: The Return of the Cat Food Killer
Episode 2: Shinto Death Cults
Episode 3: Klan Bake
Episode 4: People Who Don't Care About Anything
Episode 5: The Planet of the Cats
Episode 6: The Life of Reilly
Episode 7: Angels All Week
click here to see where to watch