What is The Bronx Zoo about? 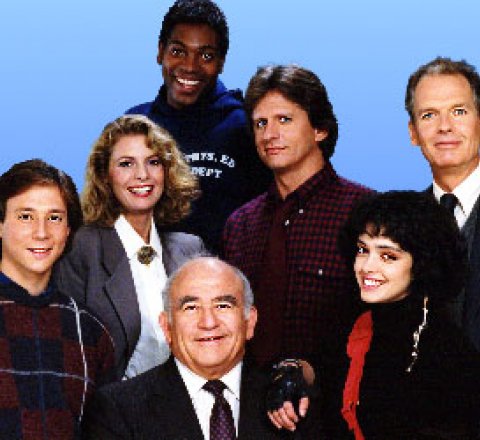 Kids can be such animals. Or at least at Benjamin Harrison High, they could. As principal to the impoverished, unruly inner-city Bronx school, Joe Danzig (Asner) believed there was always a silver lining in every black cloud -- even if not all of his staff shared his optimism. Working under him were Vice Principal Jack Felspar (Pryor), who cared more about getting Joe's job than getting through to anybody; Harry Barnes (Wilson), the tough, street-smart history professor; Sara Newhouse (Harrold), the frustrated English teacher who would rather be teaching those as refined as she; Mary Caitlin Callahan (Beller), the mellow and always upbeat art teacher; Gus Butterfield (Williamson), the hip P.E. coach who spoke the teens' language; and the new math substitute, Matthew Littman (Levine), whose timidness and former schooling in law could never have prepared him for his new job. The Bronx Zoo surely goes down as one of the most unusual rewrites in the history of television. It arose

Season 1 of The Bronx Zoo

Season 2 of The Bronx Zoo

Episode 1: It's Hard to Be a Saint in the City
Episode 2: The Long Grey Line
Episode 3: Truancy Blues
Episode 4: Behind Closed Doors
Episode 5: Career Day
Episode 6: Ties That Bind
Episode 7: The Gospel Truth
Episode 8: If All the World's a Stage, Where's My Dressing Room
Episode 9: When I Paint My Masterpiece
Episode 10: Crossroads
Episode 11: On the Land, on the Sea, and in the Halls
Episode 12: A Day in the Life
Episode 13: Unnatural Selection
click here to see where to watch