What is Gargoyles about? 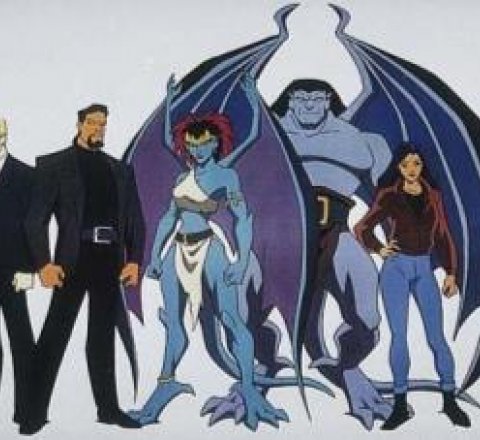 In Scotland, 994 A.D., the castle Wyvern is guarded by gargoyles, creatures that sleep during the day, turned into stone, and are fearsome warriors during the night. In spite of keeping the castle's inhabitants safe, the gargoyles are not respected nor appreciated by them, except for the Captain of Guard who sees great value and honor in these creatures. After being betrayed by the only human they trusted, most of the gargoyles are killed while sleeping, and out of anger the Magus puts a spell on the surviving gargoyles so they also sleep during the night. In 1994 A.D., the billionaire David Xanatos purchases the castle, moving it to the top of his skyscraper in Manhattan. With the castle above the clouds, the spell is broken and now the Scottish gargoyles live again in a world strange to them. The Clan is still reluctant about trusting humans, but after meeting Elisa Maza they find a reason to befriend humans again.