What is The Flying Nun about? 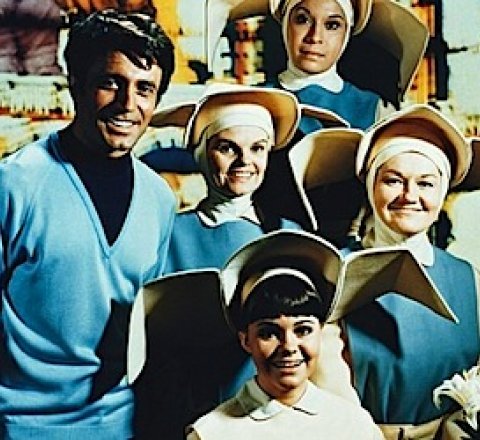 The Flying Nun is an American sitcom produced by Screen Gems for ABC based on the book The Fifteenth Pelican, by Tere Rios, which starred Sally Field as Sister Bertrille. The sitcom ran for three seasons, and produced 82 color episodes from September 7, 1967, to September 18, 1970, on ABC.

Extras
Episode 1: A Look Back at the Flying Nun

Season 1 of The Flying Nun

Episode : The Flying Nun (Pilot)
Episode 1: The Flying Nun (1)
Episode 2: The Flying Nun (2)
Episode 3: The Convert
Episode 4: Old Cars for New
Episode 5: A Bell for San Tanco
Episode 6: The Fatal Hibiscus
Episode 7: Flight of a Dodo Bird
Episode 8: Polly Wants a Cracked Head
Episode 9: Ah Love, Could You and I Conspire
Episode 10: Days of Nuns and Roses
Episode 11: With Love from Irving
Episode 12: It's an Ill Wind
Episode 13: A Young Man with a Cornette
Episode 14: The Patron of Santa Thomasina
Episode 15: If You Want to Fly, Keep Your Cornette Dry
Episode 16: The Dig In
Episode 17: Wailing in a Winter Wonderland
Episode 18: With a Friend Like Him
Episode 19: Tonio's Mother
Episode 20: A Fish Story
Episode 21: The Hot Spell
Episode 22: My Sister, the Sister
Episode 23: Sister Lucky
Episode 24: The Sister and the Old Salt
Episode 25: Cyrano de Bertrille
Episode 26: Reconversion of Sister Shapiro
Episode 27: Where There's a Will
Episode 28: The Puce Albert
Episode 29: May the Wind Be Always at Your Back
Episode 30: Love Me, Love My Dog
Episode 31: You Can't Get There from Here

Season 2 of The Flying Nun

Episode 1: Song of Bertrille
Episode 2: The Crooked Convent
Episode 3: The Rabbi and the Nun
Episode 4: The Return of Father Lundigan
Episode 5: The Convent is Condemned
Episode 6: A Star is Reborn
Episode 7: The Organ Transplant
Episode 8: Two Bad Eggs
Episode 9: All Alone By the Convent Phone
Episode 10: It's An Ill Windfall
Episode 11: Slightly Hot Parking Meters
Episode 12: To Fly or Not to Fly
Episode 13: How To Be a Spanish Grandmother
Episode 14: The Landlord Cometh
Episode 15: Sister Socko in San Tanco
Episode 16: Great Casino Robbery (1)
Episode 17: Great Casino Robbery (2)
Episode 18: The Boyfriend
Episode 19: The Kleptomonkeyac
Episode 20: The Moo is Blue
Episode 21: The Breakaway Monk
Episode 22: Happy Birthday, Dear Gaspar
Episode 23: Cast Your Bread Upon the Waters
Episode 24: The Convent Gets the Business
Episode 25: Cousins By the Dozen
Episode 26: The Lottery

Season 3 of The Flying Nun