What is L.A. Dragnet about? 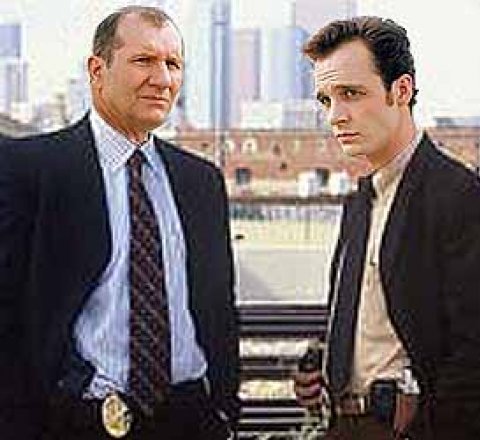 From Emmy Award-winning producer Dick Wolf, one of television's most successful creators and architect of the long-running Law & Order franchise, comes this modern-day take on the classic police drama. Filmed on locations throughout Los Angeles, this updated version of Dragnet features a group of detectives in the LAPD Robbery/Homicide Squad investigating crimes that could only take place in Los Angeles, one of the world's most glamorous and intriguing cities.

Episode 1: The Silver Slayer
Episode 2: The Big Ruckus
Episode 3: All That Glitters
Episode 4: Well Endowed
Episode 5: The Cutting of the Swath
Episode 6: The Brass Ring
Episode 7: The Artful Dodger
Episode 8: Sticks and Stones
Episode 9: Redemption
Episode 10: Let's Make a Deal
Episode 11: For Whom the Whistle Blows
Episode 12: The Little Guy