What is Guns of Paradise about? 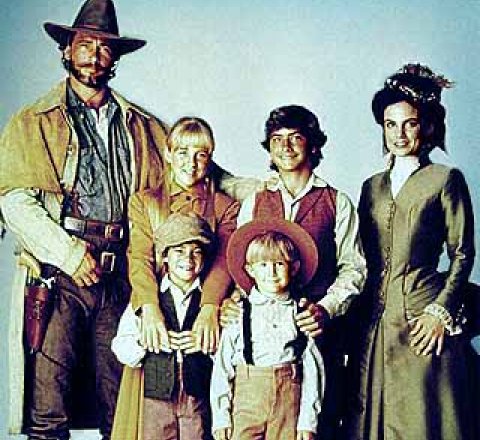 Paradise starred Lee Horsley as Cord, a professional gunfighter who was forced to take custody of the four children of his sister, a St. Louis singer who was dying and unable to make any other arrangements for their care. Cord realized that his profession was unsuitable to child rearing and decided to change, renting a farm from Amelia Lawson (Sigrid Thornton), who also owned the local bank in the small town of Paradise, California (the origin of the title). Ethan tried to live a peaceful life, but was constantly haunted by his violent past and frequently called upon by the townspeople to defend them from lawlessness. Cord was close friends with John Taylor (Dehl Berti), a Native American medicine man, who often provided him with wise counsel and insights into human nature.

Season 1 of Guns of Paradise

Season 2 of Guns of Paradise

Season 3 of Guns of Paradise

Episode : Out of the Ashes
Episode 1: Out of Ashes
Episode 2: The Bounty
Episode 3: The Women
Episode 4: Bad Blood
Episode 5: The Valley of Death
Episode 6: A Bullet Through the Heart
Episode 7: See No Evil
Episode 8: Birthright
Episode 9: A Study in Fear
Episode 10: The Search for K.C. Cavanaugh
Episode 11: Shield of Gold
Episode 12: Twenty-Four Hours
Episode 13: Unfinished Business
click here to see where to watch