What is Atomic Betty about? 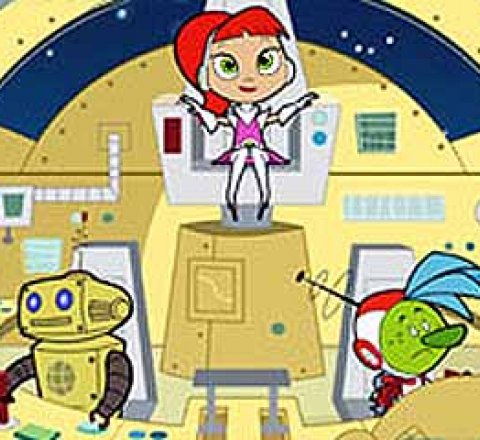 Betty Barrett is a typical adolescent who enjoys school, science-fiction movies and singing in her band, living in Moose Jaw Heights (a fictional suburb of Moose Jaw, Saskatchewan). Unknown to most of her friends and family, however, she is also a Galactic Guardian, dedicated to interstellar peacekeeping and law enforcement. As Atomic Betty, assisted by her pilot Sparky, and a robot named X-5, she confronts the evil overlord Maximus I.Q. (including Minimus) and other intergalactic supervillains. Despite being rather unassuming on Earth, Atomic Betty is a superstar throughout the galaxy and even has her own fan club of loyal followers. In each episode, a crisis occurs somewhere in the galaxy, usually while Betty enjoys some activity with her friends. Invariably, her bracelet begins beeping, and she runs off alone to save the galaxy. Accompanied by her crew, Betty manages to defeat the villains before returning home (and explaining her absence).

Episode : The Doomsday Game
click here to see where to watch